Home » About Us » Your Fire Team » Captains 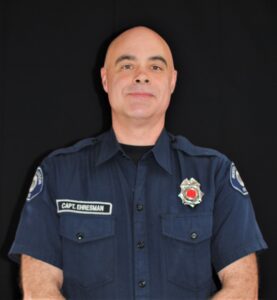 Carl Ehresman grew up in Upstate New York, moving to Washington state in the mid 1980s. After high school, he earned a Bachelor of Science in Human Biology as well as a Doctor of Chiropractic. He moved to Belfair in 1997, joining the Fire Authority as a volunteer in 1999. He was promoted to career Captain in March of 2007. Carl and his family live locally, and he enjoys serving the community in which he lives. 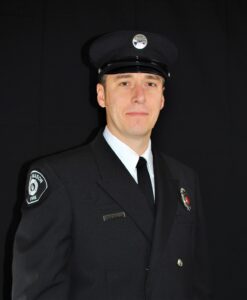 Ryan Cleveland joined Mason County Fire District 2 in 2002 as a volunteer firefighter and was hired as a Paramedic/Firefighter in 2003. In 2007, Ryan was promoted to Lieutenant and in 2010, he was promoted to Captain. Ryan has a Bachelor’s degree in Emergency Medical Services from Central Washington University and a Master’s degree in Public Administration from the University of Washington. Ryan was born and raised in Kitsap County and currently lives in Bremerton with his wife and three children. 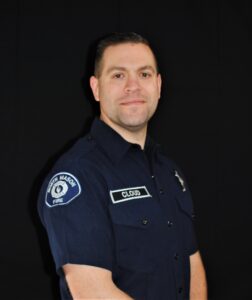 Ryan Cloud joined the North Mason Regional Fire Authority in 1996, at the age of 16 while attending North Mason High School. During his tenure with the Authority, Ryan has served as a Fire Cadet, AmeriCorps Volunteer, Volunteer Firefighter, Student Resident Firefighter, Community Outreach Coordinator, Firefighter/Paramedic, was promoted to Lieutenant in November 2020, and Captain in May 2022. Ryan earned an Associate’s degree and a Bachelor of Science degree in Fire Service Administration from Eastern Oregon University. He completed Paramedic training at Tacoma Community College and is nearing completion of the National Fire Academy’s Managing Company Officer Program. Ryan is a lifelong resident of North Mason, where he, his wife Brit and two sons reside in the Twanoh Falls neighborhood. When Ryan is not working at the Authority, he continues to help those in need, serving as an Emergency Services Technician at St. Francis Hospital.

Jess Fulkerson began his experience with emergency services as a high school cadet at his hometown fire department in Montana. He graduated from Concordia College in Moorhead, Minnesota with a Bachelor’s degree in Education. Jess then went on to work as an EMT in Oklahoma and then Wenatchee, Washington in the spring of 2000. While in Wenatchee, he worked as a volunteer and then full-time paid Firefighter/EMT. In 2003, Jess went to Paramedic school, graduating in 2004. He worked as a Paramedic with Lifeline Ambulance, while continuing to serve as a volunteer firefighter. Jess joined North Mason in February 2006, and was promoted to Lieutenant in 2019 and then Captain in 2021. He finds it very rewarding to serve the North Mason Community and looks forward to continuing to do so for many years to come.