Home » About Us » Your Fire Team » Volunteer Captains 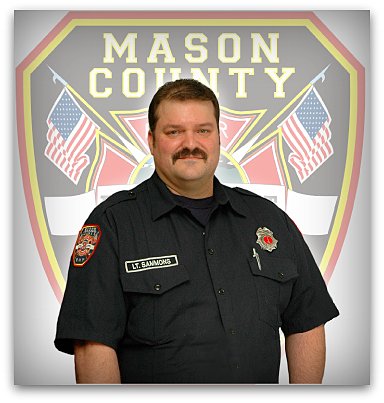 Mike Sammons began in the fire service in 1992, at Pierce County Fire District #16 on the Key Peninsula, when he was 18 years old and in high school. He served a total of eight years there as a Resident Firefighter, with four years as a Lieutenant. Mike moved to Belfair in 2003, where he joined Mason County Fire District 2. He took a three-year leave of absence while starting his new family and returned in 2007. He attended a fire academy in Shelton, to get up to speed with his skills. Mike was promoted to Volunteer Lieutenant on January 1, 2010. He is an academy instructor for the Mason County and Kitsap County Volunteer Fire Academies, and assists the District Fire Marshal with annual inspections and fire investigations. Mike lives down the north shore of Belfair with his wife and two children.