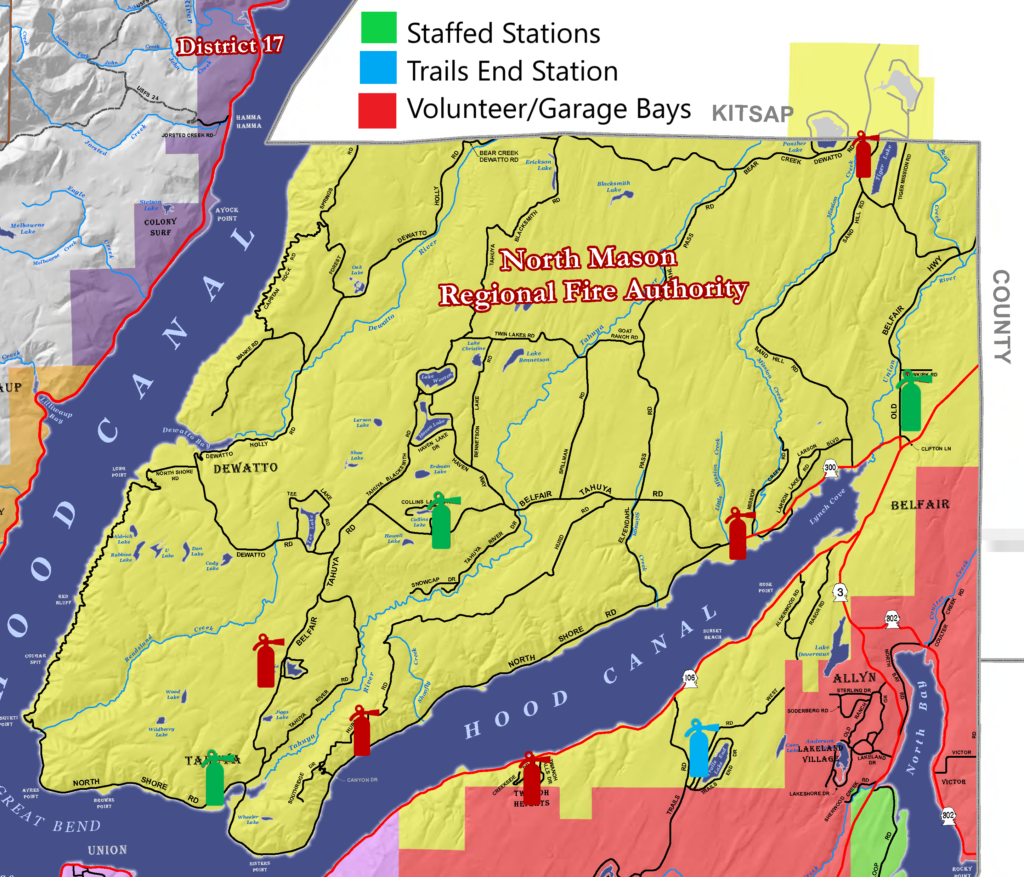 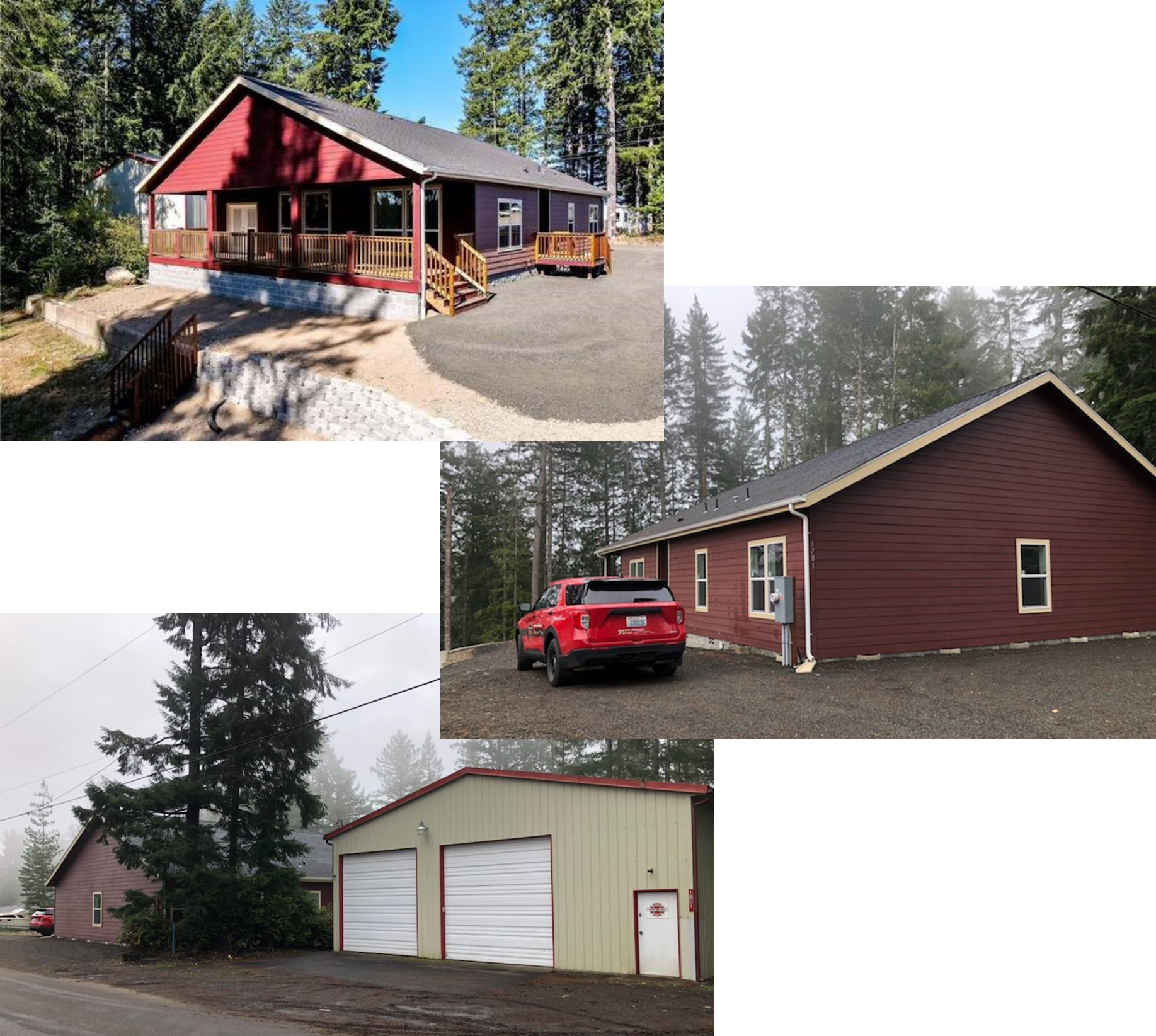 Quickly getting to fire emergencies in a 136 square mile area of diverse topography and geography, that is nearly split in half by the Hood Canal, can be a significant challenge. Through a formal strategic planning process, the Fire Authority is constantly looking at ways to reduce our emergency response times. We know that seconds count in an emergency. The proper physical location of fire stations, staff and our volunteers within the NMRFA is one of the most important factors in determining response times. As the Fire Authority’s land area and population have grown over the years, we have taken the strategic steps to help reduce our response times in a variety of ways. In 2009, the Fire Authority staffed the Collins Lake Fire Station full time, cutting response times on the Tahuya Peninsula by half. In 2014, the Fire Authority was formed and daytime staffing was introduced in Tahuya, along with an emergency responder and Community Response Team (CRT). In April, we will complete the build of a new North Mason Emergency Management Campus in Belfair. These steps have significantly improved our response time on the Tahuya Peninsula and in Belfair proper.

An area of the NMRFA that remains as a strategic focus to further reduce our emergency response times is the Southshore of the Hood Canal (Trails End, Twanoh Falls, Hwy 106, Rasor Road, Cedar Street). The Fire Authority maintains two volunteer garage bay fire stations (Trails End Lake and Twanoh Falls) that can only house emergency vehicles; emergency response times remain high. In 2010, the Fire Authority purchased 7 acres of unimproved land on Trails Road for a future fire station build, but it lacks the nearly 4 million dollars it would take to build a small fire station in that area.

In December of this year, a tremendous opportunity fell in the lap of the Fire Authority, that it quickly jumped on. Immediately next door to the existing fire station at Trails End Lake, a brand new 2000 square foot 3 bedroom home was erected. The Fire Authority immediately saw the opportunity for this new home to serve as crew quarters and connect with the existing vehicle bay, forming a full fire station for future Authority staff and volunteers.

The Authority does not have the immediate capability to fully staff the new Trails End Lake Fire Station, but is now working on a cost-effective staffing plan that includes the use of volunteers, existing staff and new staff obtained from federal grant programs. When the Trails End Fire Station is staffed, emergency response times on the Southshore will be reduced by more than half. While the staffing plan is prepared, the NMRFA will use the fire station to upstaff during peak response periods, large scale emergencies and disasters, weather related events and closures of Trails Road. This is an extremely monumental, exciting and cost-effective opportunity for the Fire Authority. The Fire Authority will also maintain its seven acres on Trails Road for future emergency operation and training opportunities.

The NMRFA works daily on its mission to Safeguard ALL North Mason Communities, and this opportunity will allow us to do exactly that!